I’m not at all sure about writing this but I have a tendency when I feel doubt to do it anyway.
First, to give some context, here are some of the factors that have shaped me as a teacher and as a man.

A week after my 18th birthday I ended up in the back of an ambulance with a heart that you could hear beating from across the room. A goalkeeping accident had led to a bleeding heart. It was a pivotal moment in my life. Born in Trinidad I had come to England (Grimsby of all places) and had been bullied for looking different, talking different and unforgivably being seen to be ‘clever’. I put up a host of barriers and harboured huge fear of more grief from the bullies. Faced with the realistic potential of being dead in a few minutes I reviewed my life. It sounds corny but I decided I would face all my fears and take all opportunities, make mistakes and learn from them. We regret the things we haven’t done more than those we have. Above all I chose to live life as if it was not a rehearsal. I have been true to this: ten years of travelling, being rich, poor, cold, hungry, having the best food on the planet, despised, taunted, lauded, arrested, being close to being eaten by lions, fought off a hippo, seen the most beautiful places in the world and the most appalling squalor and death, become a husband (for the price of a plane ticket to Zimbabwe – no regrets!) a parent to four wonderful/maddening/frustrating children and taught throughout most of this.
One day a 16 year old student walked out of our school to the nearby cliffs and jumped to his death. This was 14 years ago and it still haunts me, I played REM ‘Everybody Hurts’ the next day in assembly and that song still brings tears to my eyes as I picture a desolate young man on top of the cliffs.
In my teaching I have been mindful of this, how a quiet word of concern can have a huge impact on a child’s life (and so many have such cruel starts to their journey). I have tried to treat all my students as if they were my own children. I want to be defined as a teacher not by my intellect, but by my humanity: this does not make me a soft touch. I hope no ex student can ever say I didn’t push them to be the best they could be, to teach them as well as I could and to never give up on them. The high point of my teaching career was when my year group, which I had taken through four years of emotional roller coasters, gave me a spontaneous standing ovation at their end of Year 11 leaving assembly. I was gone, I couldn’t even speak!

There are some fantastic blogs on the theory of education that I have learned a great deal from, even if I disagree with them. Some are very strident in their beliefs that there is one way to educate, and often that is traditional and knowledge based. I do not believe that is the case in science or maths. I firmly believe we need knowledge and that it must be taught and that learning is effortful (and often boring). I teach students science, maths and outdoor pursuits. Young people with hopes and dreams that I want to inspire to love learning. If I can make it fun and interesting I do so and will until someone shows me research that says it damages learning. On any measure you wish to judge success I have been very successful – OFSTED/HMI inspections 9/12 lessons judged to be Outstanding; AST assessor said I had the highest overachievement at GCSE and A Level she had ever seen. There was the highest uptake of A Level physics from my last GCSE class for similar schools in the country. I can learn much from the research based intellectuals, but I’m not certain I would want them teaching my own children and I find it sad that some feel they can learn nothing from people who can walk the walk. I have taught in very high performing schools with traditional teaching and a very high percentage of Oxbridge entry and students there are generally no better, and are often worse, at using their knowledge to solve problems. I won’t name the school where the students given the problem below answered it immediately, telling me it was an Oxbridge problem, but most were then incapable of telling me what would happen if I poured a bucket of water over the side rather than a rock. They had only learned how to answer the question.

Started blogging to get things clear in my head, learned a lot, still lots to learn. Blogs from people like Alex Quigley @huntingenglish, Steve Wheeler @timbuckteeth , Tom Sherrington @headguruteacher and John Tomsett @johntomsett to name but a few are awesome.
Started engaging with twitter entering a world of incredible people, self reflective, insightful, challenging. Greatest period of growth of knowledge after over 20 years of teaching. Thanks to people like A Ali @AST supportAAli for fostering the spirit of collaboration And to people like Cheryl -kd @cheryllkd for increasing my knowledge of SEN
Maintaining a balance between training teachers as well as still teaching regularly. I’m still making mistakes in both and learning from them. When I stop making mistakes I stop learning.
4 years ago left teaching due to a hearing loss and jumped into self employment. Never was one for the easy option. Was on benefit and struggling with a mortgage and 4 kids. Now financially secure.
Went to first teachmeet just over a year ago and met the wonderful Mr Stephen Lockyer @mrlockyer (he is the Lionel Messi of the teaching world – super talented and everyone loves him) who threw a kangaroo at me but he didn’t throw it hard! And the inimitable Ross McGill @teachertoolkit . Have learned so much, but still so much to learn. Presented at 5 teachmeets, and met lots of lovely people like Sarah Findlater @mrsfindlater my favourite audience being the one at the wonderful Keven Bartles @kevbartle school.
Proud of the physics of football project for the Institute of Physics with Arsenal that I devised with the ridiculously clever Lawrence Cattermole who unfortunately won’t blog or join twitter. We are presenting it at the ASE conference on Jan 9th would be great to see any of you there.
Running a session on the science of surfing at Camborne Science Festival for some of the top science students in the world was brilliant. It was also interesting to see how giving different contexts to physics principles could completely throw them and push them further than they have been before. Finding my element – couldn’t be any happier anywhere else doing anything else than teaching students on a beach. 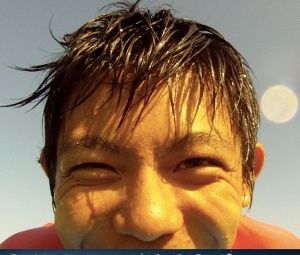 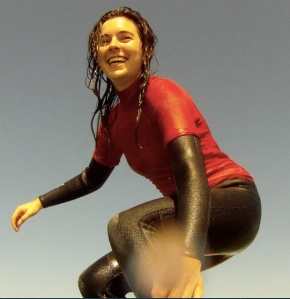 Still managing to be a good father – I hope
Have retained my passion for teaching and belief that we need passion as well as knowledge
Having had the experience of teaching in the highest performing schools in the world. On stage with to present my mathematical modelling see the end here lesson to 250 year 9s in Karachi Grammar School was a highlight. Teaching sullen and switched off year 9s in a challenging school a week later a reminder that there are many ways to teach and that you can force them to be quiet, but not to learn.
Massively enjoying ‘Physics is Awesome’ shows I’m delivering for the IOP, walking out of them with a real buzz. Concerned that girls think cool stuff is for boys. Fantastic feedback from students, with about 20% saying their perception of physics and how useful it is has been improved.
Am loving some of the TED talks Amy Cuddy stands out.
Growth mindset had a powerful impact on my eldest son who went from underachieving in his Outdoor Education BTEC, failing his driving test four times and not being placed on Camp America to getting a Triple Distinction in his BTEC, passing his driving test and working as Camp Counsellor in New Jersey two month later.

Work on getting more girls into physics
Get a better work/life balance
Become a better blogger
Carry on learning
Continuing to champion that the best teachers are the ones who can work with what they have in front of them. To know what they do best, whether it’s traditional or progressive and then add more.
To further develop the use of mobile devices to really enhance learning
Organise a science teachmeet
To dive with great white sharks with one of my ex students doing a PhD in South Africa. Drive a big digger with another one and have a cage fight with another.
To start a PhD with Steve Wheeler, the inspiring @timbuckteeth at Plymouth University on mobile devices and their use in learning
To stop taking life so seriously and meditate more
To live love and laugh
Read more
To get better at surfing
To continue following Zen dog philosophy 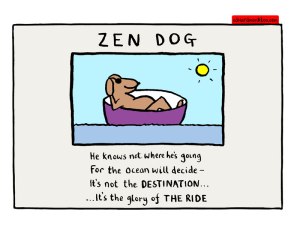 FORCES Triple Revision - here is a quizlet that I have modified that may be helpful - You can always copy and strio out the triple questions https://quizlet.com/_90x9t2?x=1jqt&i=34x525 @quizlet

Not sure the road bike was the best option this morning! Ok hardcore butters this is Pembrokeshire coast and we don’t get much snow!!

Online learning problems!!! My mic goes off and my students start telling me they can hear kids talking- My daughter upstairs had switched on some Bluetooth headphones and my Mac had automatically connected to them bypassing me!

I think the easiest way to make a rubric is by creating a google sheet of the criteria.

I used a template from here https://alicekeeler.com/2020/07/31/add-a-rubric-to-google-classroom-with-google-sheets/
however I edited it to give me more flexibility in what I wanted.

See a ‘copy of one of my examples here: https://docs.google.com/spreadsheets/d/1f3hAVhS0ZcjwpyeamI1wwxT2a2YVMuuejy_pjrUh2Yg/copy?usp=sharing